“I never considered owning a business when I was younger. It’s not that I was against it but I never even thought about it—it wasn’t part of the roadmap I imagined for my life. But then, virtually overnight, I went from employee to entrepreneur. Ten years later, it was all worth it.” -Alexander Acker 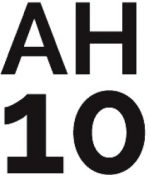 Graduating Carnegie Mellon in 1990 with a BFA in Graphic Design, I had it all worked out. I’d start as a Junior Designer somewhere great and work my way up the ladder, becoming an Art Director at a cool NYC agency, even becoming a Creative Director, and maybe one day, even become a partner.

It’s funny how seemingly incongruous moments have a habit of becoming life-changing events. How, without us realizing, they twist and turn our lives in often unexpected directions. With the wisdom of hindsight, I’m able to look back and pinpoint the ﬁrst step on my journey to becoming a business owner: Joining Adventure House as a Senior Designer.

That was almost 2000, the threat of the Millennium Bug (aka Y2K) looming in the air. Adventure House, located in SoHo on Spring Street right next to the NYC Fire Museum, was doing some great work, led by two business partners: Tom Wharton, the creative, and Robert Lowe, the technophile.

They formed a perfect, symbiotic team. Two people with different backgrounds, unique skill sets and mindsets but completely on the same page. They prioritized design excellence, digital innovation, and treating staﬀ like family. Even through 9/11, when all hell broke loose, their primary concern was making sure people had what they needed to get home safely.

With their leadership and my love of strategy and design, I was able to gradually work my way up. I helped the agency grow by building strong relationships and successfully working with small to mid-sized businesses through Fortune 500 companies like GE, Mastercard, Citi, and the Girl Scouts. I became Art Director. Then Creative Director. Then Vice President.

Ultimately, I followed the path that fresh-faced graduate me had mapped out. But, as it turns out, that was only the beginning.

The year was 2011. Three years past the mortgage crisis and the iPhone was only on its third release, there was a general sense of optimism in the air.

At this point, the partners had been at the helm of the company since they founded the company in 1990 and I sensed there may be an opportunity coming up. Being proactive, I had mentioned at various points prior that if they were looking to exit, I may be interested in taking a next step, not exactly sure what that really meant. So in the fall of 2011, they popped the question, and I had a decision to make.

Big ﬁnancial decisions are never easy. From buying a car, buying a house to buying a bigger house or second home. But, buying a company was a momentous decision. It’s all risk. Visions of worst case scenarios kept playing over in my head but it could also be insanely great too. And it isn’t just me who it impacts. I become responsible for other people too, making sure they have a career, a life, and can support themselves and their loves ones.

So, of course, I did what any ultra conﬁdent man would obviously do and asked the smartest business advisor I know… my wife. And she said to go for it, so I did. And I agreed.

To paraphrase Robert Frost somewhat, the road not taken is often worth it in the end, no matter how hard it might seem.

In December 2011, I found myself in front of a banker guaranteeing a multiple six-ﬁgure loan that I would be successful. I was an employee yesterday. Now I am a business owner today and have the keys to Adventure House.

The ﬁrst order of business was to audit all existing agency services. It was essential to shed services of the past and focus on future. I talked with many business consultants, other agency owners, and plotted the future of the new Adventure House. Like a menu in a restaurant, it was important to offer a shorter, curated menu of items that all tasted great rather than a long diner-like menu that oﬀered a lot but was bland, forgettable. We needed clients to perceive us as focused—and delicious.

Those ﬁrst couple of years were smooth sailing. Repeat business with legacy clients was strong but the ﬁrst hurdle came shortly after, when some of the legacy clients moved on. New business development was alien to me and I assumed repeat business would keep coming in the door and, if not, I could simply bring in a hotshot sales person and it would just happen.

I was never more wrong. One of the ﬁrst big lessons was that selling isn’t really about selling at all. In fact, I hated the idea of selling—aka cold calling or emailing. To me it was about doing great work, solving problems, building business for our clients that would naturally evolve into meaningful relationships with other people and to more sales or referrals. My sales strategy was to not be a commodity but, rather, be solution-oriented, asking for referrals now and again, but not really selling.

Working with clients, meeting new people, speaking and attending conferences all became more of a way of life. Simply delegating sales over to someone would never work. I was the company, the voice of the company, and its biggest brand ambassador.

In 2014, we were forced to move from SoHo due to construction and found our new home in Chelsea. I was getting out there and talking about Adventure House more and more, even talking at conferences. And, with all that networking, I met some amazing people along the way who have helped build the backbone of the agency: business consultants, IT, business banking, ﬁnancial advisors, lawyers, brokers, digital agency partners, industry experts, and so much more.

Around 2016, we moved completely to creating digital offerings, streamlining our focus and moving away from printed materials. Truth be told, we still did a very small percentage of print work but it was no longer an advertised service. Also, around that time, we also started creating cutting edge virtual reality and 360º interactive experiences which put people right into the product or solution to experience it ﬁrst-hand. As a motion graphics and animation agency, it was a seamless transition to developing virtual reality experiences, which is a super cool transformative technology but still awaiting true mass adoption.

Fast forward to 2019 where I made the single best decision in my career. Disregarding the advice of peers and business experts, I moved Adventure House to a full virtual model 6 months prior to the COVID-19 pandemic. This decision ensured we were able to maintain control and calm during chaos, not needing to re-engineer a whole new business model overnight, and be available for our clients at a moment’s notice to support their urgent needs.

Rewind back to winter 2018, the Chelsea oﬃce lease was expiring and a giant rent increase was coming. Spending the next three months looking at oﬃce spaces netted the conclusion that oﬃce space in NYC is not aﬀordable for small agencies. And thinking about it, why was a physical space even needed for our digital workﬂow and solutions?

I consulted with agency groups and owners of which most of them said that was crazy. Not listening to their advice, I decided to move Adventure House into a 100% remote model. We spent months prior to the move setting up the technology backbone, systems and processes ensuring people had a sustainable workﬂow, backup strategy, security protocols, and people felt connected to others like an oﬃce, but virtual.

With the help of our IT partner, we were able to transition ﬂawlessly. It saved us time and money, widened our pool of potential employees beyond physical boundaries, and people were happier. Productivity went through the roof, people worked smarter, had more ﬂex time for personal needs, and the commute was history. Of course, getting together socially was essential too.

Some may call it a happy accident, but it was deﬁnitely well timed. Sometimes, the stars just align perfectly.

A decade of learning

The last decade ﬂew by. With some highs and lows, it’s been ten years of creativity, working with crazy talented people and great clients have made it all worth it. I am grateful to the people who we’ve formed strong partnerships with and to the people that opened a few doors along the way. That has made all the difference.

Looking back, if I had to boil down the big lessons learned, these would top the list:

Want to discuss a project?